Are Pit Bulls Good With Kids? (What You Need To Know)

As an Amazon Associate, I earn from qualifying purchases.

Are Pit Bulls Good with Kids?

We, dog lovers, get asked this question a lot. ARE PIT BULLS GOOD WITH KIDS? And the answer is more complicated than anyone would like to admit.

However, one thing that is universally true is that Pitbulls have been the subject of mass hysteria and myths for years. Much of this is due to their reputation for being “fighter dogs”, which honestly says more about the deplorable people who raise them that way than the breed itself.

So, are pit bulls good with kids? Today, we’ll cover some common misconceptions and hard truths about Pitbulls, to help you decide if they’re the right breed to keep under the same roof as your little ones.

The first thing most dog owners ask themselves before adopting, rescuing, or purchasing a new four-legged companion is: Which breed is best for me?

And while basing your choices strictly on the breed can leave you sorely disappointed (more on that in a future post!), there are some good rules of thumb that can be helpful in determining if a dog is a good fit for your home, especially if that home contains children.

What is a Pit Bull?

Let’s start off by defining the Pitbull breed. Strictly speaking, a pitbull is not your typical AKC-listed breed. It is a general category for many bully breeds. According to the LifeLine Animal Project,  modern American Pitbulls are likely the descendants of English bully breeds, first brought over with immigrating families in the 19th Century.

Pitbulls are tough, loyal, hardworking animals that are eager to please their families. That said, they are also strong-willed and capable, so early socialization and proper training are vital.

What are Some of the Pitbull’s Traits?

Bear with us – we’ll help you decide if Pitbulls are okay to be around your children soon enough. But before we do, it’s important for you to have some additional context.

Pitbull characteristics are the same as many other adored breeds in the States, and in many cases, those loving qualities are undersold by shelters and breeders.

Pitbulls are fiercely loyal to their “pack” (read: family), love to cuddle up with the munchkins and fully grown humans alike, and if you’ve never experienced a pitbull kiss firsthand, just know it’s quite a slobbery-yet-heart-warming experience.

Pitbulls also have a lesser-known history as the OG nanny dog, which further underscores their commitment to their families.

Now, with the good also comes the frustrating. First, Pitbulls are high-energy. Super high-energy. Some people joke they have two speeds: Go and sleep.

They can also be stubborn, and while that might not ever be an issue for members of the pack, it can be a problem if a headstrong canine adversary decides to pick a fight with your bully.

Now for Some Myth-Busting…

Alright, time for the juicy stuff. Everyone loves to caution prospective forever families about the dangers of the pitbull. After all, if they bite down, they can lock their jaw and do serious damage, right?  WRONG!!

This is a myth. Pitbulls cannot lock their jaws. In fact, their jaw structure is nearly identical to most other, standard canine skull structures. As for their bite, studies have shown that the pitbull bite is nearly 30% lower than the average dog’s.

Okay, but they’re naturally aggressive, right? Again, NOT QUITE!.

The Center for Disease Control assessed dog bite-related fatalities over a span of 20 years. Within this sample, 72% of all bite-related deaths were from dogs other than pit bulls.

So, let’s get down to brass tacks. With all the fluff out of the way, are Pit Bulls good with children? Overall, we think yes.

But it’s important to remember that we’re not adopting a dog. You are!

At the end of the day, it’s up to you to make an informed decision that you and your family can be comfortable with.

That said, pitbulls have plenty going for them.

First, Pitbulls are good with kids because they are extremely tolerant. Seriously. Pulling, slapping, drooling, being rolled over onto – they put up with it all.

Pitbulls also have one of the highest tolerance for temperament, according to the American Temperance Testing Society.

The ATTS Temperament Test focuses on and measures different aspects of temperament such as stability, shyness, aggressiveness, and friendliness as well as the dog’s instinct for protectiveness towards its handler and/or self-preservation in the face of a threat.
The test simulates a casual walk through a park or neighborhood where everyday life situations are encountered. During this walk, the dog experiences visual, auditory and tactile stimuli. Neutral, friendly and threatening situations are encountered, calling into play the dog’s ability to distinguish between non-threatening situations and those calling for watchful and protective reactions. – American Temperament Test Society, Inc.

So, yeah. They take a lot of crap and still love their families, regardless. Not to mention, their high-energy demeanor can keep both your kid and your pup burnt out by day’s end.

Why are Pit Bulls Good with Kids?

Pitbulls have a lot going for them when it comes to whether they’re a quality dog for young human companions. They are playful, loving, and generous with their time and attention.

The average, well-raised pitbull around children will be nothing more than an affable, huggable snuggle bug with tons of love to give.

As mentioned earlier, the American pitbull was the original nanny dog of the nuclear U.S. household, mainly due to their unflinching loyalty, diligence, and when necessary, protective nature.

No breed is perfect, and that includes bully breeds. The average pitbull around kids is going to be just fine. But on occasion, accidents do happen.

Due to their strength and high energy, they might inadvertently harm a child during play, whether by nipping, scratching, or other means.

Sadly, one of the other reasons Pitbulls might not be good with kids has to do with the sacrifices your child will likely need to make to have one.

Many families have preconceived notions about Pitbulls due to an unwarranted social stigma. This could mean certain parents disallow their children to play with yours.

Similarly, many rental establishments do not permit the breed, based on the same incorrect assumptions. That means finding a living situation could get dicey if you aren’t a homeowner.

Let’s Talk Over Some Tips…

If you’re on the fence about whether to bring a pitbull pup or rescue into your home, you might find comfort in knowing there are plenty of resources out there to help you successfully integrate a bully breed into a family with children.

Here are just a few of our favorite tips to make your human and canine pups hit it off on the right paw:

Even the most well-mannered trustworthy doggos still have their off days. In fact, no matter which breed you choose, this first tip still applies.

Socialize Your Pit Bull Around Children Early and Often

The sooner your pitbull learns to love and accept the mini-you in the household, the sooner it will view your child as just another part of the pack.

Teach Children Not to Tease Dogs.

Again, this one applies to any breed. Educating your child on how to care for and handle a pitbull will save you a lot of trouble down the road. And until you know for sure that your dog is not resource protective, never allow a child to taunt Fido with food.

Once more, this is for all you dog owners out there – not just pitbull proponents.

If you don’t train your dog, the risk of harm to it or your family is exponentially greater. Show your furry forever friend the ropes, let them know you’re in charge, reward them when they get it right, and you’ll have a loyal, loving, dedicated doggo by your side for years.

We’ve told you about the breed, laid out the facts, busted the myths, and given you both pros and cons. Now it’s your turn to consider the information provided and act accordingly. We personally cannot recommend Pitbulls enough.

But at the end of the day, a dog is your commitment and a member of your family. You must be ready to love the good and the bad for it to work. 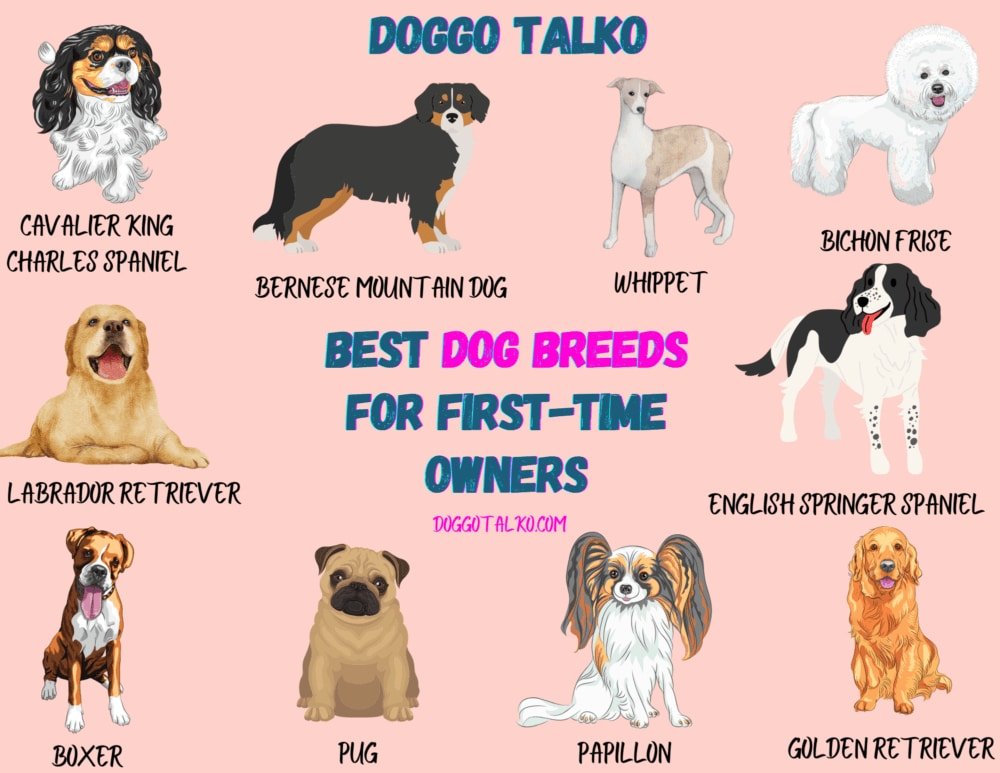 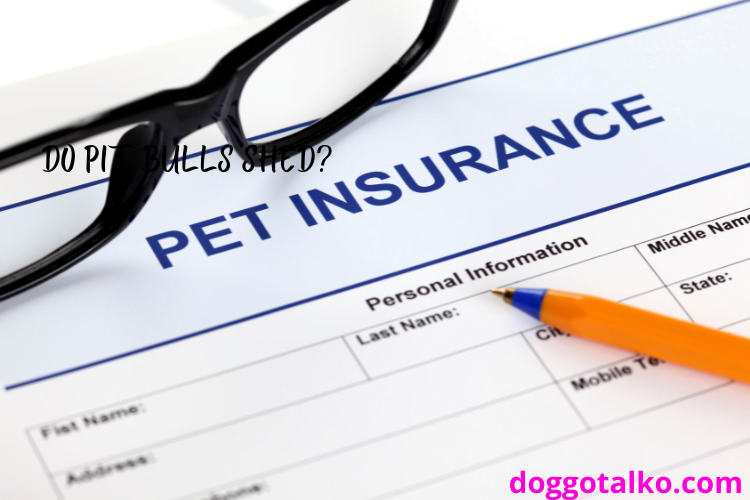 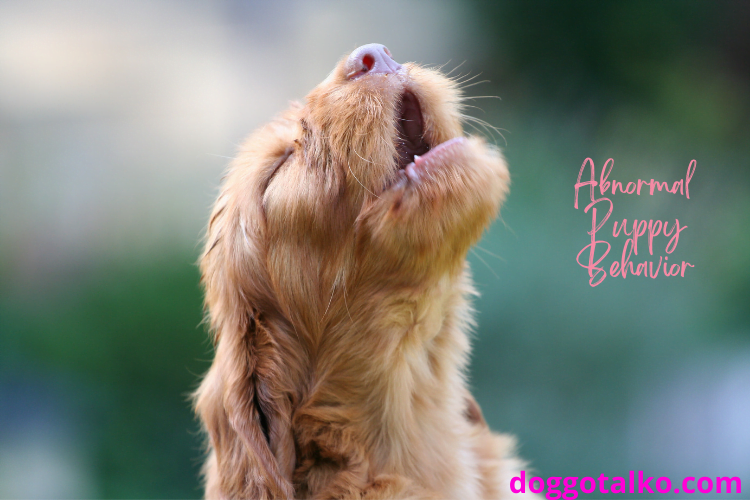 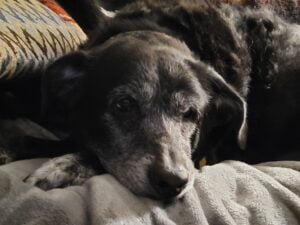 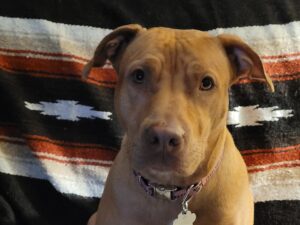 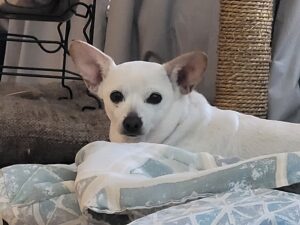 We are a participant in the Amazon Services LLC Associates Program, an affiliate advertising program designed to provide a means for sites to earn advertising fees by advertising and linking to Amazon.com. As an Amazon Associate, we earn from qualifying purchases.

We use cookies on our website to give you the most relevant experience by remembering your preferences and repeat visits. By clicking “Accept”, you consent to the use of ALL the cookies.
Do not sell my personal information.
Cookie settingsACCEPT
Manage consent

This website uses cookies to improve your experience while you navigate through the website. Out of these, the cookies that are categorized as necessary are stored on your browser as they are essential for the working of basic functionalities of the website. We also use third-party cookies that help us analyze and understand how you use this website. These cookies will be stored in your browser only with your consent. You also have the option to opt-out of these cookies. But opting out of some of these cookies may affect your browsing experience.
Necessary Always Enabled
Necessary cookies are absolutely essential for the website to function properly. These cookies ensure basic functionalities and security features of the website, anonymously.
Functional
Functional cookies help to perform certain functionalities like sharing the content of the website on social media platforms, collect feedbacks, and other third-party features.
Performance
Performance cookies are used to understand and analyze the key performance indexes of the website which helps in delivering a better user experience for the visitors.
Analytics
Analytical cookies are used to understand how visitors interact with the website. These cookies help provide information on metrics the number of visitors, bounce rate, traffic source, etc.
Advertisement
Advertisement cookies are used to provide visitors with relevant ads and marketing campaigns. These cookies track visitors across websites and collect information to provide customized ads.
Others
Other uncategorized cookies are those that are being analyzed and have not been classified into a category as yet.
SAVE & ACCEPT